At the right match

Home/Blog/At the right match
Previous Next

At the right match 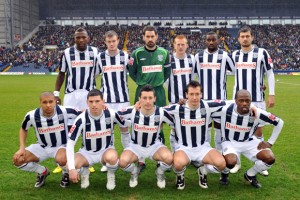 Those watching the exciting match between West Bromwich Albion and Preston North End on Saturday 20th March 2010 would have been delighted to spot a very familiar logo on the shirts!

Bathams sponsored this match – and must have brought some extra good luck because the Baggies won 3 – 2.  Goals were from Watson, Dorrans and Brunt.

The shirts will eventually be auctioned, the proceeds going to Cancer Research UK.

Director Matthew Batham said:  “We are over the moon that we supported such a great team for such a great match.”